Screw It! I'm Selling It!

There are two pillars to having more money than you can handle.

Pillar one: The Money Printing Process

Your money machine has to print money or what good is it?

I’ll tell you a story about printing money.

I had a product I wrote once.

I thought it was darned good. And if I just gave it away, people would freak out over the contents and it would go viral.

I tried like heck and could only give away 300 copies.

Everyone THINKS Their Problem Is Traffic But
What It REALLY Comes Down To Is....

What I’ve found is, most people have never gotten people to BUY anything, or precious little.

Traffic or visitors doesn’t matter if you can’t get anyone to buy.

For one thing, you can then afford to pay affiliates good commissions after a sale.

Or you can afford to buy traffic.

When I started out I bought all the $5 and $10 things I could afford.

That’s what all newbies do when they get started. It’s what I did.

And you know what? I learned some good lessons from a few of those products I bought. A lot were a waste but I learned a few things.

I still couldn’t get people to buy.

But I learned useful things. Like last week I sold the product on Adaptive Sales Letters by my friend Tom Bell.

But you STILL have to know how to create the sales page or sales letter that adapts. It all comes down to being able to make a sale.

I remember buying this little $10 product where she explained how she could afford to pay out 90% commissions. That was a great lesson THEN and is still a great lesson now.

She could afford to pay out 90% to get a new customer because those people BOUGHT other things.

This amounts to LEARNING proven formulas for getting people to buy. You won’t learn that from a $10 product.

A lot of people today act like $7 should teach them everything. What it amounts to is this:

People who have the knowledge and skills SELL IT to others. And they aren’t going to do it for $7.

You buy your way in or you go through 5 years of hard knocks trying to figure it out.

I did both. I bought all the cheap stuff and went through the school of hard knocks of nothing working worth jack.

Then I decided to invest in my knowledge and skill. I’d still be nowhere if I hadn’t done that. True story.

There’s an attitude on the Internet that everything ought to be free or cheap. That’s OK. But the world thrives on barter. And the person with the knowledge and skill in every case I know of isn’t willing to trade it for $7.

I mail a lot of offers for $5 to $27 cheap stuff because you WILL learn from it. It’s better than nothing. I bought that stuff. I learned from it. You will too.

But it didn’t cause my “breakthrough.” That was a much more substantial investment in both my knowledge and skills. Plain truth. Like it or not.

And they can’t see why the products they get are useful but incomplete. They think it’s a real head scratcher and can’t understand why someone who invested an enormous amount to figure it out won’t teach it to them for 10 bucks.

You get what you pay for. I’ll also add that you benefit from what you pay for. On the very rare occasion I help a friend out for free, they seldom listen to the advice. It’s like a cold day in hades when they do.

You respect what you pay for. Pure old psychology. You do no favors by giving things away for free.

Next, I Bought A “Done For You” Money Plan

Someone already had a money machine. All I needed to do was buy it. It worked sort of.

Because there was no repeat business or back end. And I wasn’t educated enough to get that.

Most beginners go through this phase. Done for you stuff is fine if you already have customers to sell it to.

Finally, I Found The “Magic Key”That Resulted In Me Getting
My First“Direct Response” Sales

Finally, I found the magic key.

After getting this magic key, I was finally able to write a sales letter that brought in sales!

I was on freaking cloud nine.
It’s a great feeling.
What was that magic key?
I invested $5,000 in my own training and education on marketing.

See, I realized I couldn’t depend on others doing it for me. And it would be a cold day in hades when a $5 thing would teach me what I really needed. Not that I didn’t learn good things from them.

But what turned my life around was when I went from a hobbyist mucking around to being willing to put my money where my mouth was and invest in my own knowledge and skill.

There are so many pitches promising you riches or at least $100 to $300 a day doing virtually nothing.

People want to spend less than the price of a pizza and 8 minutes of their time to make more money than they currently make in 8 hours a day at their job.

And they can’t figure out the disconnect there.

I’m NOT saying there isn’t good information or lessons to learn in those things. All newbies buy them. Again, I did. And I STILL remember a few of the lessons I learned.

There’s even ONE I still go back and read. It was really good! But that didn’t cause my breakthrough.

The FIRST THING I ask people in my programs like Amazing Formula Reloaded or 8496 is have you ever sold anything online.

The answer is almost always no.
So stop right there.
Don’t pass go.
There is no other step to go to.
You gotta learn how to get people to buy.

And it’s not easy unless and until you have the right knowledge and skills. You’re welcome to try to figure it out from free and cheap stuff and Youtube. Have at it.

I even have friends who sell very good training on the topic cheap or almost free.

But you know what?

They are STILL selling paint-by-numbers and NOT understanding.

You aren’t going to become an ARTIST by painting by numbers. LOL.

You need to understand colors, symmetry, perspective, and other basic principles of art.

And you need to be able to freestyle. Period. End of story.

But I only broke even.

And you CAN do it, sort of. I mean, once you HAVE your list, you send an email in the morning and BOOM!

Money.
And it took maybe 10 minutes.

Maybe some of those methods DO work. You can certainly LEARN good things from t hem. I just went through one last night and learned an interesting traffic source.

But at the end of the day, it’s still “hobbist” stuff and it’s still “paint-by- numbers” income. Maybe. Possibly you make $50 or $100 a day. Conceivably more.

But probably not. Not unless you go beyond a “paint-by-numbers” mindset to studying the underlying principles of art.

I consider marketing and making money ART. If you do it really well, it’s HIGH ART.

The next logical thing is that people want to avoid creating their own offers and just be an affiliate marketer.

In the vast majority of cases, what you don’t know is those “super affiliate success stories” built their lists by selling their own product or products. So they have a buyer’s list. Which is the magical elixir to making sales and money.

Question: Can you right now, this minute, put together a pitch that makes sales online?

Question: If you can’t, are you willing to invest to learn how? Or are you just gonna try to learn it for free? How much is your time worth to you?

If you’re ready to stop taking the cheap route out, post to my support deskhere. I’ll ask you some questions and make a recommendation for serious moneymaking knowledge.

Pillar Two: The Fuel That Runs Your Money Machine

The fuel that runs your money machine is a non-stop flow of your potential buyers or what we call “leads,” “prospects” or “traffic.”
Now, what I’ve found is MOST people concentrate on this part and feel it’s the missing piece.
When in reality, the problem is pillar one.
If they HAD the traffic, they couldn’t sell it.
Got no clue how to do it.
Having said that, LEAD FLOW is critical and essential once you got something people will buy and know how to get them to buy it from YOU.
This amounts to having some sort of systematic activity to generate leads and sales.
That can be regular launches of products through affiliates.
Paid ads.
Or content marketing and social media.
Those are most of the choices.
It’s a grind.
It’s not fun.
The money is all made in pillar one not pillar two.
Pillar two is a necessary evil.

So you decide it’s fun. You make a game of it. You make a challenge of it. And you put a marketing system or systems in place to get the leads and then make the sales using pillar one.

1. If you want to grow, build, improve or enhance your business, the new Milcers private site can make that happen for you.

To get all the scoop, go here. 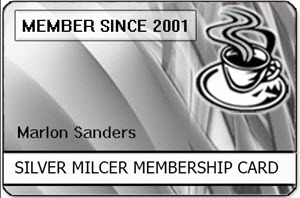